Rathanavelu Lazarus Sadhu
Why only ten commandments were written directly by God? 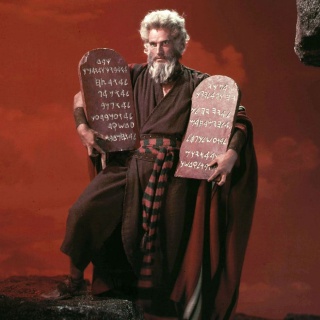 After seeing "The Ten Commandments" movie one of my Pentecostal friends asked me a mind boggling question: Why only the Ten Commandments were directly written by God while all other laws were transmitted and written by Moses? At that time I wasn't able to answer and I did kept quite! But after giving a deep thought over the question seriously, finally I was able to give an answer with scriptural proof. This will be a very good answer to all those who come across such question.

So, Why only the Ten Commandments were directly written by God while all other laws were transmitted and written by Moses?

The direct answer is that the mistakes Satan, Adam and Eve have done in the Garden of Eden are the same things that are restricted by the Ten Commandments and because of doing those mistakes great issue and misery has happened such as sin and ultimately the death of mankind. So the point is that the whole life was hung based upon these laws and that is why God himself directly gave the law to Moses because of its utmost importance. The Ten Commandments are only a repetition and reminder to mankind not to repeat the same fundamental mistakes as Satan, Adam and Eve did, while all other laws, God inspired Moses to write them through holy sprit because they are all based upon these fundamental Commandments.

What was the first law that Satan violated?

The cause for Satan to do the first mistake is Covetousness (covet means yearn to possess what rightly belongs to others, in this case the human worship that rightly belongs to God). So Satan was covetous, which is a direct violation of the 10th Commandment, which led him to transgress the 9th Commandment: You shall not give false testimony against your neighbour. Yes, Satan gave false testimony against God, that is to say he lied to Eve by saying: At this the serpent said to the woman: You positively will not die. For God knows that in the very day of YOUR eating from it YOUR eyes are bound to be opened and you are bound to be like God KNOWING good and bad. (Genesis 3:4, 5) By violating the 9th Commandment, he also violated the 3rd Commandment: You shall not misuse the name of Jehovah your God. Yes, Satan misused the name of Jehovah by telling that God is holding back something good from Eve and Adam. So the breaking of the 10th, 9th and 3rd commandments by Satan led Eve and Adam to break all other laws.

Satan, just by violating one commandment that is the 10th commandment which he knew it was wrong as he was also one of the son’s of God knowing what was good and bad made easy for the first human couples to violate all other 9 Commandments. Before the first human pair falling into sin nobody is sure whether Adam and Eve was aware in their conscience that certain acts was right or wrong but, one thing is clear, God had already forewarned at Genesis 2:17: But as for the tree of the knowledge of good and bad you must not eat from it, for in the day you eat from it you will positively die. So Eve and Adam knowingly took what belongs to God without acknowledging (honouring) Him there by putting Satan above Jehovah which is why we say they broke or violated both 8th and 1st commandments though Ten commandments did not exits back then in the garden of Eden. The result was that what was said in the Ten Commandments Satan, Adam and Eve already violated those laws and that led to sin and ultimately losing everlasting life to themselves as well to their offspring’s. That means that whole life of the first humans were hung (depended) upon as though by following these the Ten Commandments. The utmost importance may be one of the reasons why God directly wrote himself the Ten Commandments while he made Moses to write all other laws by the means of holy sprit. The New Covenant was established between Jesus Christ and the anointed ones which later became a Christian congregation. When we see the Christian principles none of the Ten Commandments become invalid including Sabbath in a spiritual sense. Let each and every one ask his/her own conscience whether if I violate one of the Ten Commandments, will I compromise my Christian principles? If you do so 1st Corinthians 6:9: gives a very best answer: What! Do You not know that unrighteous persons will not inherit god’s Kingdom? Do not be misled. Neither fornicators, nor idolaters, (1st and 2nd commandment) nor adulterers, (7th commandment) nor men kept for un-natural purposes, nor men who lie with men, nor thieves, (8th commandment) nor greedy persons, (3rd, 9th and 10th Commandment) nor drunkards, nor revilers, nor extortioners, (6th Commandment) will inherit God’s kingdom. Violation of any one of these Christian principles is violation of 5th Commandment (they do not honour heavenly father Jehovah). The Christian principles not only supports the Ten Commandments but some more are also added in the list and tightens the rules of the Ten Commandments by denying the entry into the very kingdom of God. That means we can say that the Ten Commandments are the ever golden rules for all mankind. Even in paradise which is yet to come and even during the end of Christ’s 1000 year rule you ask your own conscience "will God allow me if I violate one of the 10 commandments" except the Sabbath which will also be fulfilled in a spiritual sense. The answer from your own conscience will be again no and that means the Ten Commandments will be always there and forever. One more interesting thing is that the commandments which will last forever are directly written by God himself. So just as how God is permanent so also are his directly written commandments. But the laws that are for temporary purpose God directed men to write who is also now temporary. For instance the laws written by Moses became invalid after Jesus Christ fulfilled it. The prophecies such as Daniel, Ezekiel, Jeremiah, Isaiah, and revelation that were written by men under the direction of God were fulfilled in the primitive settings. But in future all these will become fulfilled in grander scale and becomes invalid after the end of Christ’s millennium rule hence we say they are also temporary. But rules in the Ten Commandments can you violate in paradise? The answer is no! So those commandments which are to be served for permanent purpose are directly written by God himself. That is why the Ten Commandments are the only commandments written by God himself, while all other laws he made men to write are temporary. That is my view point.

Registration
Sign up to be notified when new articles are posted. If you do not want to give your e-mail address, you can use a temporary e-mail address service, as Yopmail, or create a Gmail address reserved for incoming mail from Baruq.
Featured Posts
Let us examine our beliefs: the existence of God