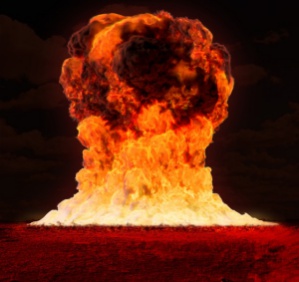 Although most people are unaware, we have arrived at a great turning point in the history of nations —the gravity of which is impossible to minimize.

The situation is, for the past two millennia the world has been dominated by the Roman Empire. Originally the capital of the empire was literally located in the city of Rome. But over the centuries various competing thrones have come and gone, but always the powers of Europe have dominated the rest of the world, especially since the era of colonization. But from the early 19th century British Empire became the dominate world power. Although the formal colonial empire no longer exists, London still stands as the capital of a global financial system –an empire of debt –with far-reaching tentacles that enwrap the nations. Particularly after the Second World War the nations have come increasingly under the control of money powers wielded through intertwined central  banks, the IMF, the World Bank and the Bank of International Settlements, and a labyrinth of political institutions and corporations.

But a new rival has recently come on the scene. China has transformed from an impoverished nation to become a global powerhouse. China has even set up its own financial institution to rival the IMF and World Bank —the Asian Infrastructure and Investment Bank. Not only that, but the Petrodollar system, which has been in place since the 1970’s and in reality is controlled by the City of London, is stealthily being replaced by a gold-backed Chinese Yuan. While the infrastructure of Europe and the Americas have been allowed to rot, as trillions have been diverted to the non-productive virtual Wall Street casino, the Chinese are investing trillions in building new cities and thousands of miles of high speed rail, even maglev —not only in China, but literally around the world with

the One Belt-One Road initiative.

What this means is, the Anglo-American system is threatened with extinction. That is why there is a steadily increasing amplification of the threat of war coming out of Washington and London. Even the saber rattling going on over North Korea is really an effort to blow up Asia to derail the New Silk Road from uniting North and South Korea.

However, we may be certain that China will not eclipse the Anglo-American dual world power. Why can we be so sure? Because Bible prophecy reveals that the final world power will be a remnant from Alexander’s empire. That excludes China. In other words, the empires that sprang from Greece, which ran through Rome, Europe and London, will give rise to the last king. This is not to suggest that Anglo-American domination will continue in its present form —not at all. In fact, it cannot. It is not possible. What the rise of the Chinese-Russian alliance means is that in order for London’s empire not to be swept into the dustbin of history something drastic has to be done.

Of course, the Governing Body of Jehovah’s Witnesses see no significance in the present state of affairs in relation to Bible prophecy. That is because they believe that nearly all prophecy has already been fulfilled. The Watchtower teaches that the biblical time of the end began in 1914 and virtually everything in Daniel and Revelation has been explained into nothingness.

For example, as regards the three horns of the beast that are plucked up by the eleventh horn, described in the seventh chapter of Daniel, the Watchtower cites the defeat of the Spanish Armada in 1588 as the fulfillment — even though by all accounts Spain only constituted one horn. Ironically, it is the Watchtower’s patented 1914 invisible parousia doctrine that has all but guaranteed that the Second Coming of Christ will be as unexpected as a thief in the night. Just so there is no ambiguity, the imperial beast is going to be forced to go to war. It will be the first ever war between nuclear powers. The outbreak of the impending global conflict will signal that Satan has lost the war in heaven and come down to the earth in great anger knowing he has a short period of time. Then everything will suddenly change.

The original article is on the page: e-watchman.com why-war-is-unavoidable
Registration
Sign up to be notified when new articles are posted. If you do not want to give your e-mail address, you can use a temporary e-mail address service, as Yopmail, or create a Gmail address reserved for incoming mail from Baruq.
Featured Posts
Let us examine our beliefs: the existence of God