Perimeno
"Keep doing this in remembrance of me" 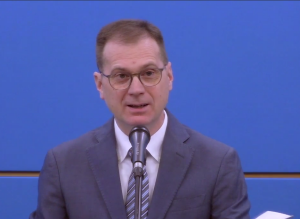 It's a sad fact that many of Jehovah's sincere worshipers put more faith in the Watchtower Society's publications than in God's inspired Word, which the Society claims to base their teachings on.

Jesus promised his disciples that the holy spirit, which he called "the helper", will teach us all things by bringing back to our minds all the things he taught. (John 14:15-17, 26) That of course requires us to get acquainted with all the things Jesus taught; yes, including all the things that are written in God's Word the Bible that Jesus quoted in his teaching. (Rom. 15:4; 1 Cor. 10:11) It is God's spirit that teaches us, and apart from God's spirit none of us would be able to know or understand the truth. (Luke 8:9,10; Acts 7:51) When Jesus said that we must worship the Father "with spirit and truth", he was thereby also assuring us that it is possible for us to know the truth, because without having the truth our worship would be in vain. (John 4:23,24)

Suppose you have a question that needs answering. How do you go about getting the answer? One elder once explained the simple means by which we can find the answer to any question, within a short time, in the Society's publications, notably the Watchtower. Are we to assume that God's spirit will help us recall information that we read in the Watchtower? Does not the spirit rather teach us by helping us recall what we have read in God's word of truth, as Jesus referred to it? (John 17:17) In order for the spirit to teach us, by "bringing back to our minds" all the things we have read in God's Word, requires that we first of all become acquainted with its contents―all of it, from cover to cover. That is our individual responsibility. (Psalms 1:1-6; Deuteronomy 18:18-22; 1 John 4:1) Reading God's Word on a regular basis helps us to become acquainted with God's thoughts and his way of doing things; which may be so different from those of men, including our own. (Isaiah 48:17-19; 55:8-11)

The annual Memorial of Christ's death this year is on March 31, 2018, a Saturday. And everyone in attendance will face a decision. What decision? Whether or not to obey Jesus' command to "keep doing this in remembrance of me." (Luke 22:19,20) The speaker will explain why most of those in attendance are there simply as observers and should not partake of the emblems, even though the bread and the wine will be passed from person to person. In many congregations there won't even be one person who will partake.

The January 2018 Watchtower, in one of its study articles (pages 12-16), provides the Society's explanation of their understanding of what the Memorial is about, and how it should be observed. What will you do? Why not go to Jehovah in prayer and ask for his help, because you want to worship him with spirit and truth? Jehovah will answer your prayer by "bringing back to your mind" the things you have read in his Word that are applicable to your request; and his holy spirit will help you get the sense of it. (James 1:5-8)

Jesus emphatically told his listeners, notably the scribes and Pharisees, that if anyone makes the word of God invalid by ones own teachings, doctrines, or traditions, then that worship is in vain, futile,―not only unacceptable to God, but also offensive to him. (Matthew 23:1-3, 13-15, 27,28; Revelation 22:18,19) Is the ritual of the Memorial, as observed in our Kingdom Hall, based on God's word of truth―or on the teachings and traditions dating back to Joseph Rutherford, as taught by him back in the 1930s? According to his teaching and expectation, by the mid 1930s the number of rightful partakers of the bread and the wine was believed to have been completed in number (144,000), and thus the number of partakers was expected to decrease from then on; while their friends, who were attending as mere observers, would continue to increase until all of the partakers had been taken up to heaven to be with Christ Jesus, thereby signaling the end of any further Memorial celebrations.

Contrary to their expectation, in recent years the number of partakers has actually increased, causing the Society to revisit their belief that the full number of anointed was completed decades ago. But, we may wonder, is the increase in the number of partakers at the Memorial not necessarily due to so many more having in recent years come to believe that they will rule with Christ in heaven, but rather because so many of God's faithful and obedient servants have come to understand that Jesus' command to "keep doing this in remembrance of me" applies to all of his true disciples, without exception? According to the Scriptures, the Memorial of Jesus is not about who has what reward―whether everlasting life on earth, or to rule with Jesus in his kingdom―but about "proclaiming the death of the Lord until he arrives." And the fact that we are still "proclaiming the death of the Lord" by keeping the annual Memorial is evidence that Jesus has not yet arrived. (Matthew 5:5; 19:27-29; Revelation 7:1-4; 14:1; 20:6; See the Watchtower explanation on this point in the

What is the Watchtower's explanation for this trend that is going contrary to what has been their expectations; namely, that the number of those who are worthy to partake of the bread and the wine and who will rule with Christ Jesus in his kingdom, was completed by the mid 1930s? (Revelation 7:1-4) Are any of those still alive? Does it really matter? Are we to assume that the number of partakers at the Memorial is increasing because the choosing of Christ's co-rulers is still continuing? Or is it perhaps due to many of God's people coming to the realization that the command to "keep doing this in remembrance of me", applies to all of Jesus' disciples? Jesus said: "You are my friends if you do what I am commanding you." (John15:14) We cannot sin by our obedience to Jehovah and Christ Jesus; but we could become guilty by obeying men as rulers rather than God. (Acts 4:19; 5:29; 20:30)

We should closely keep in mind that the Memorial observance is not about who has what hope set before them; but rather, it is about coming together in appreciation of the ransom that Jesus paid for our sins, and it is on account of his death that we have the hope of everlasting life. The Memorial day belongs to Jesus. Don't allow anyone to distract your appreciation from that reality. (John 3:16-18; Isaiah 65:17-25; 2 Peter 3:13)

You might be interested by these articles:
The original article is on the page: Food for Thought
Registration
Sign up to be notified when new articles are posted. If you do not want to give your e-mail address, you can use a temporary e-mail address service, as Yopmail, or create a Gmail address reserved for incoming mail from Baruq.
Featured Posts
Let us examine our beliefs: the existence of God