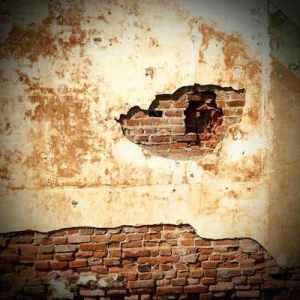 It is not simply that the Watchtower teaches that the powerful Kingdom of God began ruling in 1914 and that Jesus’ invisible presence began then. Over the course of these past 100 years the Watchtower has interpreted virtually every prophecy in the Bible, with just a few exceptions, explaining them in relation to 1914. In other words, everything has been fulfilled.
Perhaps the most insidious aspect of this teaching is that Jehovah’s Witnesses have been led to believe that the judgment of the house of God is an accomplished fact. Hence, there is no expectation that there is a future day of reckoning – no accounting on the part of those who speak and teach in the name of Jehovah. By their clever teaching that Christ has already come with the fire of a refiner and the lye of a laundryman, the implication is that the organization now has heaven’s irreversible approval. This is the basis for Jehovah’s Witnesses to imagine that they are at peace with God. Not only that, because the Watchtower claims to be God’s spokesman and it takes to itself such fabricated designations as the “Jeremiah class,” the “Ezekiel class” in the “Micah class,” the Watchtower is not so subtly implying that it is playing the role of a prophet. The implication is that Jehovah has revealed all of his confidential matters to a select few intimates closely associated in Bethel’s hierarchy. But now consider the 13th chapter of Ezekiel. Speaking to the prophets of Israel God states: “Woe to the stupid prophets, who follow their own spirit, when they have seen nothing! O Israel, your prophets have become like foxes among the ruins.” How aptly that applies to the leadership of Jehovah’s Witnesses. They claim to be prophets and to speak in the name of Jehovah, but what have they “seen”? On the one hand they claim to have seen all the events that Jesus foretold would occur during the conclusion. Simultaneously, though, they contradictorily also admit that we have not seen all the things that Jesus foretold. In that sense they fit the description of the stupid prophets who have waited in vain for the false vision they have promulgated to become a reality, as Ezekiel goes on to write: “They have seen false visions and foretold a lie, those who are saying, ‘The word of Jehovah is,’ when Jehovah himself has not sent them, and they have waited for their word to come true.” Jehovah’s stake in the matter is that the stupid prophets have misled his people. God likens them to men who plaster whitewash on a flimsy partition wall, imagining that they are secure in their delusion. Again, here is what Jehovah has said: “All of this is because they have led my people astray by saying, ‘There is peace!’ when there is no peace. When a flimsy partition wall is built, they are plastering it with whitewash.’” Jehovah commanded his watchman to tell the stupid prophets that their wall will fall in a thunderous downpour of Jehovah’s denunciation. Following the pattern found in Ezekiel, on numerous occasions the Watchtower has been notified that their whitewashed wall is doomed to collapse in the immediate future. Although the Watchtower has assured Jehovah’s Witnesses that there cannot be a Third World War obviously Bethel has no control over reality. At this very moment the nations are feverishly preparing for a global conflict that will make the two previous to the world wars pale into insignificance by comparison. More significantly, the other aspects of the sign of the apocalypse are sure to present themselves in equal proportion —signifying that the authentic presence of Jesus Christ has begun.
Registration
Sign up to be notified when new articles are posted. If you do not want to give your e-mail address, you can use a temporary e-mail address service, as Yopmail, or create a Gmail address reserved for incoming mail from Baruq.
Featured Posts
Let us examine our beliefs: the existence of God